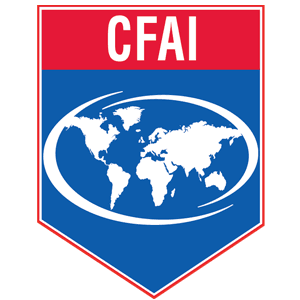 “Because elected officials can’t see our results, they focus on what they can see – our expenditures,” so says Ken Miller, author of We Don’t Make Widgets – Overcoming the Myths that Keep Government from Radically Improving. While not speaking directly about the fire service, the author makes a point; elected officials often can’t see our results, so they look only at what they can see, the bottom line.

The very nature of effective fire protection often makes the results hard to see. We know this from comments by an uninformed public when a fire is extinguished in its early stages – either through aggressive firefighting tactics or effectively placed sprinklers. Statements such as “the fire didn’t amount to much” underscore a lack of appreciation – or understanding – of what actually occurred. On the continuum of fire protection, the results of effective fire prevention are equally difficult for the public– and elected officials – to see. The adage: “It’s hard to count bad things that don’t happen” holds true despite various attempts by the fire service to actually count bad things that don’t happen. For example, estimating the value of property saved at a fire scene may be an inexact method but is at least an attempt to quantify or “count” what didn’t occur. Unfortunately, there’s no standard approach to quantify that result.

Whether it’s the new economy or the new normal, one thing is likely; there will be continuing if not increasing public sector scrutiny. That scrutiny, driven by a scarcity of resources and a distrust of institutions generally, and government more specifically, will focus on results and in their absence, on expenditures. A skeptical public will demand transparency to better scrutinize institutions of government. Scrutiny of complex operations – like fire departments – is not easy, so that same wary public will demand a process that will assure authenticity. Transparency and authenticity are essential components of public trust.

Fortunately, there is process to help the public and elected officials “see” our results. Fire Department Accreditation provides the structure of transparency and authenticity so important in today’s environment. Accreditation requires a comprehensive self-assessment, an evaluation where “gaps” in capabilities may be evident, development of a plan for continual improvement and importantly, a rigorous review by a team of assessors that authenticate the process—and the result.

In the same book Ken Miller also said: “The less our value is understood, the more our funding is scrutinized.” The effort associated with Fire Department Accreditation or Professional Credentialing is not easy – nothing worth achieving ever is. But the benefits are considerable largely because it shifts the focus from funding to understanding. And when the public and their elected officials better understand the value your fire department provides to the community, you will have gone a long way to re-affirming the public trust.